By 1979, the company was wholly owned by the family of Col. Pompeyo U. Querubin who was at the helm of NVSAI until his death in July 2016. His daughter Cecilia Querubin-Valenzuela, a Certified Security Professional who had been helping manage the company for almost three decades, now leads NVSAI. Former Police Chief of Escalante City, P/C INSP Castor L. Laluma, also a Certified Security Professional joined the agency as its General Manager in 2015.

The Administrative Staff, having been with the company for more than three decades had also helped NVSAI grow to include a contingent of more than four hundred (400) security personnel posted at different establishments in Negros Occidental, particularly in Metro Bacolod. Such establishments have included banks, sugar mills, manufacturing firms, malls, schools, beverage companies, transportation depots, farms, private residences and other commercial enterprises.

All our security guards are accredited with the PNP SOSIA (Philippine National Police – Supervisory Office for Security & Investigative Agencies). In providing standard quality service to our clients, our guards periodically undergo a training program dealing in modern security measures related to VIP security, investigation, detection and crowd & mob control. The training program also equips them with a basic knowledge in public relations.

In addition to regional and national awards received in the past as Best Security Agency, the PNP SOSIA CHIEF in a letter of commendation has included NVSAI in the “A” List of Private Security Agencies for 2016. 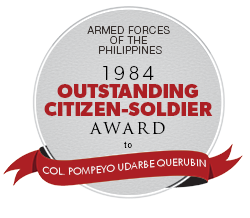